The burgeoning hunger for direction and implementation by the societal return to the civil rights movement has put Kendrick Lamar’s To Pimp a Butterfly at the helm. Kendrick’s zeitgest appeal comes at a time when street-beat-media-makers and social platforms Twitter and Tumblr directly foster accountability within the judicial system. People, humanities greatest asset, are exploited with zeal and to take it a step further (if you haven’t looked around) African Americans and other minorities are exploited at a systemic level. END_OF_DOCUMENT_TOKEN_TO_BE_REPLACED

Production is the make or break point for hip-hop and rap – especially due to the prevalent disregard for lyricism looming over both genres. Luckily we have the likes of Shabazz and Freddie Gibbs (ambassadors of their respective genres) providing a gauge on which to measure new artists looking to task new directions where lyricism can function outside of old school beat schemes and modern beats can properly house immaculate lyricism. END_OF_DOCUMENT_TOKEN_TO_BE_REPLACED

Do you like playlists? Of course you do – We’ve handpicked 50 tracks that we love and hopefully you will too.
END_OF_DOCUMENT_TOKEN_TO_BE_REPLACED

Chicago based duo Leather Corduroys have released a curious album filled with references to Kanye, NERD, and modern club bangers. Almost as if it were meant to be a compilation Season jumps around, exploring many concepts from funk, lounge-hop, and more modern aggressive production styles. Check out the album below and download it here.

Sounding like a distress call from the darkest regions of deep space, STR GZR’s debut LP “Outta Nowhere” takes the listener out of their comfort zone into uncharted territories of the milky way and then crash lands them onto the farthest rock in orbit. This LP starts off with nearly a minute of unsettling turbulence, putting you right into the action in “Crash”, with smooth flows on par with Del the Funkee Homosapien’s latest. In the style of Deltron 3030, STR GZR takes hip hop to new regions of the galaxy, with production as sleek as an interstellar cruiser, and rhymes as smooth as butter. It took me three listens to fully grasp Nowhere‘s layers of production. Although the album carries a very spacey atmosphere, many of the lyrical tones remain grounded to earthly subjects. “Fujiko”, another standout track, brings on the slower jams, with some nice jazzy samples. “Ipod” plays out like an A$AP Mob & Flying Lotus collaboration. Comedic elements are laced throughout the LP, such as an ode to Step Brother‘s “Boats and Hoes”, adding nice balance to the force of dark atmospheric tones. The second half of the record slows down a bit, with some songs bordering R&B territory, but ends on a strong note with “The Apple”. Expect many good things from this up and coming duo, considering this is their first release, at least in this galaxy.

Check out the album here via BandCamp 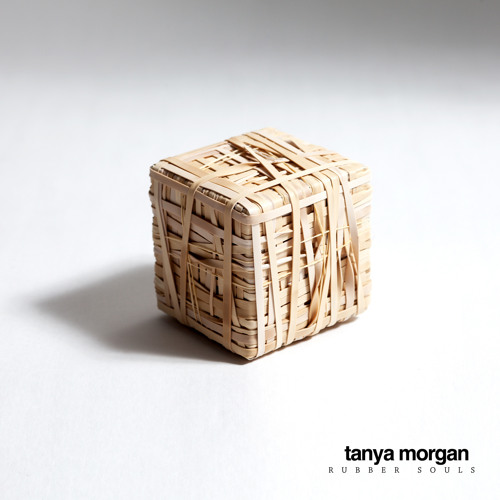 Check out hip/hop group Tanya Morgan and their Rubber Souls release from late 2013. Tanya Morgan’s members Von Pea and Donwill are respectively from Brooklyn and Cincinnati as represented in their throwback style. It’s a pretty decent album to throw on as a soundtrack for daily activity but the standout track “The Vehicle” featuring 6th Sense is worth a few minutes of your undivided attention. Listen below or via Soundcloud.