END_OF_DOCUMENT_TOKEN_TO_BE_REPLACED

Rob:
I’ts been a week since the first full day of Hopscotch festivities and four full days since it’s conclusion on Saturday. This was just enough time to recap the weekend’s events and each performance – and also shake the lack of sleep. Hopscotch was fantastic for having us and the nature of our group thrived in the artistic bubble that was created in downtown Raleigh – it was brief and never risked over extension. Lucas has taken some time to write his conclusions of the event and Bree took a million beautiful photos that can explain what may be hard to convey with words, which will be in another post. Here is part one of the finale of our Hopscotch posts and the return to normalcy.

END_OF_DOCUMENT_TOKEN_TO_BE_REPLACED

There’s a sentence that’s deeply dreaded by those among us who try to get right with polydidacticism, whether in person or on dating profiles: “I listen to everything except country and rap.” Country and hip-hop—the two American musical forms with the longest and densest evolutionary tracks—are the genres most prone to criticism leveled against their supposed inauthenticity, the two genres that demand (or are perceived to demand) genuineness at an unprecedentedly granular level. Any medium or genre has, in the minds of cultural gatekeepers, to pass litmus tests; country and hip-hop have to pass an entire battery. Even the creators have to reaffirm their credentials to ensure that they’ve lived through their creative catalysts; notice how our subcategories are based on lifestyles, are “gangster rap” and “outlaw country.” Aside from the relevance-terriers like Taylor Swift and Drake, whose evolution is catalyzed solely by market share rather than creative shift, there’s no point in dissecting whether something is “lived” or “created.” We, as listener, allow a certain creative flexibility to our creators for most art (no one, after all, demands that speculative fiction authors be astronauts in addition to writers), but we have a hard time making that logical leap when it comes to the quintessentially American music of folk and hip-hop, two genres that have created full synthesis out of generations of elements without losing focus. END_OF_DOCUMENT_TOKEN_TO_BE_REPLACED

Warehouse — a bonafide Hopscotch gem — needs to package warning labels with their records. In addition to “INVOLUNTARY EARGASMS” I also propose “NOT FOR USE WHILE DRIVING.” There’s something to be said about music so immersive that it almost gets you into a car accident. My deepest apologies, Rob and Bree — nearly killing your friends goes beyond bad journalism. END_OF_DOCUMENT_TOKEN_TO_BE_REPLACED 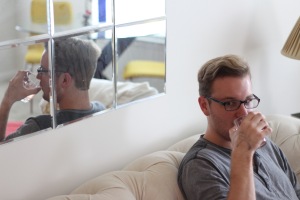 We were in a coffee shop earlier today. Hardly recognizable within the collage of freshman-year-graphic-design band fliers was an event schedule for the month of September.  Wednesday, September 8th read: “Hopscotch: Mental Preparation Day.” I hope it was enough to brace the employees for the onslaught of hipsters (and awesome).  END_OF_DOCUMENT_TOKEN_TO_BE_REPLACED

Good music, good vibes, and good friends: checking off the essentials for a solid road trip was a breeze for the three of us. Hopscotch loomed a few hundred miles in whichever direction as Death Cab’s Transatlanticism carried us through our transition between the Carolinas. The eclectic value of our eccentricities made three hours feel like three minutes. One look out the passenger seat window and there it was: The Raleigh skyline, teasing memories and inevitable nostalgia with building façades spanning an entire spectrum of colors. END_OF_DOCUMENT_TOKEN_TO_BE_REPLACED 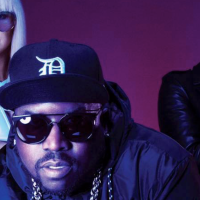