Sun Blood (or SUN BLOOD or sun blood) is Auckland, NZ soundscaper Ben Leonard. Sun Blood weaves spacial textures over electronic percussion that satisfies the listener’s more organic needs. Although Sun Blood seems to lack a prolific online presence, Ben’s focus is on quality not quantity. Below are a few tracks to get you abreast of his rising talent.
END_OF_DOCUMENT_TOKEN_TO_BE_REPLACED

Charlestonian Tyler Bertges’ first album under the moniker Hermit’s Victory, a self-titled full-length, is already one of the strongest albums of the year to come out of the Southeast—a golden-ratio fusion of analog songwriting and digital production. Bertges, a self-proclaimed songwriter over performer, seems to favor tightness over showiness, which creates an incredibly united aesthetic palette. Synths and sparse instrumentation give Hermit’s Victory an almost chillwave vibe, but rather than the somewhat detached groove chillwave imparts, Bertges’ music is warm and longing. END_OF_DOCUMENT_TOKEN_TO_BE_REPLACED

Soothing and corralling vocals engulf the instrumentation and put you right where you need to be, your happy place. And I is a reminder that Daniel Rossen has influenced countless m END_OF_DOCUMENT_TOKEN_TO_BE_REPLACED

Before the mass “all hands on deck” movement of psych rock revival, MMOSS were quietly creating insanely dynamic psych out of New Hampshire. Now we know Tame Impala made the final necessary push in a decade long resurrection started by bands such as Caribou, Deerhunter, and Of Montreal but MMOSS showed us just how widespread the psych takeover reached. MMOSS released ‘i’ in January of 2011 and is an early project of psych soundcrafter Doug Tuttle. Doug has had some recent successes with his 2014 self titled album being streamed via Spin and a performance via Daytrotter. Check out (and download) i below and check out MMOSS’s November 2012 release Only Children here.

Chicago based duo Leather Corduroys have released a curious album filled with references to Kanye, NERD, and modern club bangers. Almost as if it were meant to be a compilation Season jumps around, exploring many concepts from funk, lounge-hop, and more modern aggressive production styles. Check out the album below and download it here.

Ghostly International has released a compilation in effort with Adult Swim.  END_OF_DOCUMENT_TOKEN_TO_BE_REPLACED 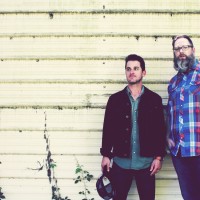